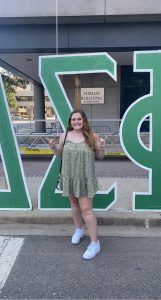 Why I think We Need Better Driver’s Education

If I told you the name of my small town in northeast Alabama, you would probably look at me like I was crazy and making it up. Alexandria is a small town where people love each other big. We have a lot of things to be proud of in Alexandria, but driver’s education is not one of them. Tragedy struck my community in 2019 when a fatal car accident took the life of a boy a year younger than me during Christmas, and ever since then, I have believed that the American education system must do a better job of teaching kids how to drive. Kam had a whole life ahead of him, and because of a mistake while driving it was gone in the blink of an eye. Driver’s education is important because it can save lives, it saves communities like mine money, and it keeps others around you safe.

Car accidents take the lives of too many people, especially people who have not had driver’s education. I realized how easy it was to make a fatal mistake when I first moved to Birmingham. My hometown has a highway and backroads, and neither of those compared to driving on I-65 during rush hour. My friends and I learned how to drive on the same stretch of road that everyone learned how to drive on because that is all we had to practice with. Since our school did not offer any form of driver’s education, we did most of our learning in the moment, which is not safe. The first time I had ever driven to Birmingham was to visit UAB’s campus, which also means that was the first time driving in a city block system of roads. People who do not know how to navigate interstates and city driving systems are usually people who, like me, did not have adequate, or any at all, education on how to drive in different scenarios than what their hometown presents.

The insurance for drivers from communities like Alexandria is astronomical. Many kids get in a car accident within the first year of having a license because of a preventable mistake. Implementing an education program that teaches high school kids how to drive would save parents and caregivers a very large amount of money. My sister wrecked her car right after turning sixteen because of a mistake that should have been taught to her, but because of our lack of driver’s education, it was not. An old teammate of mine wreck their car after a month of driving due to a mistake that was also preventable. Luckily, both my sister and teammate were unharmed, but the cost of that mistake is also much more than money. The mental trauma from having a car accident sticks around just as long as the insurance bills do. Taking into consideration the mental aspect of accidents, along with the financial consequences, driver’s education would be an investment into communities across the country to keep their kids safe from their ignorance behind the wheel.

You are only as safe of a driver as the people around you. Keeping others on the road safe is a top priority when driving. Driver’s education programs would ensure that not only the educated people on the road are safer, but as a consequence, the more safe drivers there are, the less likely it is for a mistake to be deadly. Education would keep more people safe from themselves and from others, which is the ultimate goal. The number of car accidents would decrease, and even more so would the number of fatal car accidents. Driver’s education would keep people on the road safe because there would be much less confusion and panic in new and inexperienced drivers.

All in all, implementing driver’s education into the curriculum of high schools across America would do infinitely more good than it seems like it would. Driver’s education is priceless because it saves lives, saves communities and families money, and it keeps other drivers on the road safer. The use of driver’s education needs to be a normal occurrence in public and private educational institutions as soon as possible. The more drivers that are taught without a formal curriculum, the more that preventable car accidents will continue to happen. Young drivers are worth more than just a second thought by legislators who do not want to fund education properly.