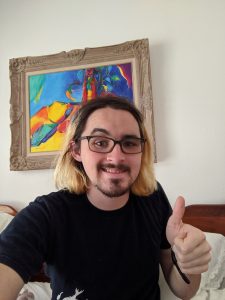 A
few years ago, my grandparents left their house to drive to the
airport in Florida. I was living in Rome at the time, and my birthday
was approaching. My grandparents were going to fly to Italy so we
could celebrate together. They’d never make it. While driving on
the highway, a road-raged driver cut them off and forced them to stop
in the middle of the highway, getting out of the car to yell at them
directly. Even worse, coming up from behind them was a truck with
faulty brakes, which slammed into the back of the car and killed my
grandfather. Ever since that day, I have been acquainted with the
concept of road-rage, an issue that afflicts many drivers and has
real-world consequences. If road-rage is solved, a large contributor
to auto accidents would cease to be a problem. A car is a deadly
object, and in the hands of an angry individual, its consequences can
be dire.

According
to the AAA, road-rage is attributed to deliberate actions taken to
harm or injure another individual. Symptoms of road-rage have
affected 80% of all drivers at least once a year, and around half of
all fatal driving accidents have involved at least one individual
displaying road-rage. Most commonly, the visible symptoms displayed
are tailgating, violently honking at the horn, and yelling at another
driver. Getting out of the car to confront another driver, which my
grandparents experienced, is quite rare in comparison, but still is
done by 8 million people a year.

These
deadly actions can be mitigated if a driver can learn to develop
empathy, understanding other people’s situations and/or avoiding
confrontation. Many people who experience this issue lack sympathy
and take offense to possibly honest mistakes or oversights by other
drivers. According to a study, those offenders who took compassion
classes experienced a marked reduction in repeated road-rage
incidents. Another way to avoid road-rage is to avoid performing
actions others might consider insulting or angering. Making gestures
or eye contact and visibly reacting are multiple triggers of
road-rage, and if avoided, can decrease the frequency or severity of
road-rage issues for an individual.

There
is no guaranteed way to prevent road-rage, unless everyone takes up
empathy classes and can somehow manage their anger. As my grandfather
said: “assume every other driver is an a**hole.” Even if you may
go to great lengths to avoid a confrontation or to anger other
drivers, they can sometimes get irrationally angry anyway, as my
grandparents discovered during their ill-fated trip. Yet, if people
take a moment to think before they act, and consider that maybe, the
person they take issue with could be dealing with stress or a rushed
schedule and not a personal insult, the incidence of road-rage might
decrease and help alleviate the huge toll traffic incidents take on
society.