Driver Education Round 3 – In the Driver’s Seat – Attention & Awareness 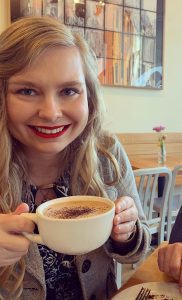 From shadowing doctor offices and knowing the medical field, survivors of vehicle accidents are common emergency room patients. Accidents are the third leading cause of death in the United States, with vehicle accidents just under accidental poisoning (i.e. overdose). The other top ten leading causes of death are linked to diet, health, and lifestyle. In the year 2020, 38,680 people in the United states died in vehicle accidents. With so many preventable vehicle deaths, it is apparent more people need to give more attention to their driving and be more aware of their surroundings.

Driver education is required before licenses are acquired and sometimes required after a ticket is issued to a driver. The reason driver education is so important to first time drivers is because they need to be aware of the many hazards that come with driving a vehicle, including the vehicle itself. Many states allow the dismissal of a ticket through the completion of a six-hour Defensive Driver course. This course is linked to lower risks with accidents, due to the drivers more aware of their surroundings, especially other vehicles. The top ten causes of vehicle accident deaths are distracted driving, speeding, drunk driving, reckless driving, driving in the rain, running red lights, teenage drivers, night driving, and vehicle design defects. Nine out of ten of those causes can be avoided if the driver is attentive, follows road laws, and plans ahead.

The first step in reducing vehicle accident deaths is being attentive and aware of the surroundings and self. The leading cause of vehicle accidents is distracted driving, especially due to the driver’s use of their cell phone. Instead of paying attention to the road and its hazards, the driver is looking away, giving their attention to text messages, playlists, or phone calls that can be dealt with later. Another step is following the rules of the road, such as speed limits, sober driving, and street signs and lights. Speed limits are set for a reason, such as a crowded neighborhood having lower speed limits due the necessity of a quick stopping time. This is necessary if a child runs into the street to get their ball, or if a dog that got out of the gate runs across the street. On the other hand, long stretches of highways have higher limits because there are less risks that surround them. The final step is being of sound mind and body. Driving while under the influence of drugs or alcohol is illegal because impairs important senses. Issues in senses included reaction time is slower, vision is blurred, and night vision is also impaired.

My husband is a part of the local fire department and every few months he assists with a major accident, which is always preventable. One accident was caused by a man in a flashy car speeding his way through town. He lost control of his car, skid off road, caused another vehicle to drive into a lake to avoid hitting him, and ended with him losing his life. Another accident was caused by a dad speeding out of town after a major holiday, quickly over passing multiple vehicles. He miscalculated his ability to pass, swerved out of hitting oncoming traffic, flipped his vehicle, sending his wife and daughter to the emergency room with their lives on the line. Then the common drunk man going home one late night ran either running into a live electrical pole or to avoid deer crossings, total their motorcycles and have to be taken to the emergency room. All of these accidents were preventable and all of these accidents don’t just cause serious harm to the drivers, but to the others around them. Then if the driver survives a major, preventable accident but causes harm or death of others, they can be charged on multiple accounts, including third degree murder.

The means that I take to keep my family safe and others safe on the road is paying attention, being aware, and following the rules of the road. The driver is not allowed to use their phones while they drive. We follow speed limit signs, pay attention to road signs, and do not run red lights. When we have to drive in the rain, we drive slow enough to safely brake, reduce our speed to those around us, and use our hazards when driving below the speed limit. We avoid driving at night as much as possible, because drunk drivers are more common the later it is, and less hazards are noticeable such as crossing wildlife. I believe in safe driving, not just for myself, but my loved ones lives as well because distracted, impaired, or reckless driving is not worth a life.