Driver Education 2020 – You made a commitment to the World, now keep it! 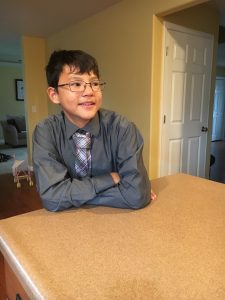 You made a commitment to the World, now keep it!

You made a commitment
to the world, now keep it!

Driving
isn’t an intuitive process. It is a contracted commitment to the
world promising the safety of everybody who uses the roads. Driver’s
education is the fine print at the bottom of this page, you can
choose to read it or you can pass it by or assume you will be safe.

There
is only one thing that makes the roads unsafe: human fault. Mass
transit systems are a current way of removing human drivers from the
roads while still allowing people the freedom of travel. Self-driving
cars are still years in the future, but mass transit systems, such as
subways, can be automated; this removes many drivers from the roads.
Other forms of Mass transit, such as busses, work well in smaller
cities that lack funding for large city wide projects. These
community funded transportation systems can not only be cheaper for
individuals, but also reduces greenhouse gas emissions and increases
people’s time outside.

Driver’s
education should be a school for teaching people how to follow their
commitment to humanity. But it is teaching people the same way we
teach in a normal education environment, a lecture and then some
practice. How many people learn this way? America already has a
failing education system, and you expect kids to sit through 30+
hours of videos and then put their life on the line to test their
knowledge? No wonder we suffer through an average of 37,000 deaths
each year due to driving accidents. It is both the government’s and
the citizen’s job to find the proper education system to train
drivers to act safely.

We humans will never
be perfect drivers without losing our humanity. Nobody can be perfect
all of the time, so as my mom has always said: watch out for the
other “idiots” on the road. To me, this is the key to driving. If
everyone follows this rule, then the worst an “idiot” can do is
hurt themselves.