Teen Drivers In Georgia: Something Old, Something New 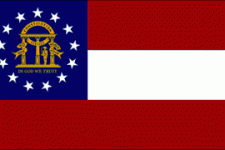 Driving a car is an activity that has been around for a long time in Georgia, and for that matter the rest of the world. Well over a century ago, people owned and drove motor cars, although in the early days they were the province of the rich. In the very early days in England, it was made illegal to drive a motor car unless you had a man walking in front of it waving a red flag to warn members of the public that it was coming!

Even after the Second World War, if your family owned a car they were in the minority. Most people still used trains and buses, and out in the country, many still used horses for transport. However, when mass production began in the 50’s and 60’s, the automobile became more widespread, until today, hardly any family does NOT own at least one car, and often two or three. Even if teens don’t actually own one, they still want to learn to drive. Teen drivers may not be able to afford a car themselves, but they can always borrow dad’s, in order to impress a girl, or girls borrow mom’s to take their friends out.

Texting and Driving Do Not Mix: in Georgia, in the South, in Atlanta: Anywhere!

While they may not be able to afford to buy a car just yet, most teen drivers manage to save enough to buy a mobile phone and a tablet. In fact, many walk around with a mobile phone seemingly glued to their ear; no doubt in another 500 years, humans will be born with a mobile actually growing on their ears!

However, there is a serious side to all this. The State of Georgia has recently passed a law that makes it illegal to use a cellphone to text while driving. Presumably, this applies to tablets also, although they are not strictly phones. In fact, the law now says that you can be convicted “based upon the use of a mobile telephone for writing, sending, or reading a text based message or other purpose unrelated to engaging in spoken communication”.

Of course, there is a sensible reason for this. It is impossible to give your full attention to driving, if at the same time you are trying to send a text message or read one, and there have been many accidents and several deaths caused by teen drivers texting while driving.

The Law Will Get You (Hopefully) If You Text and Drive

The law does not specifically say anything about texting while you are actually stationary, at a red light for instance. It remains to be seen how the courts will deal with this. However, it is still a stupid thing to do, since you have to move off when the light changes, and you will probably still be in the middle of a message.

The sensible answer is simply: don’t do it. The death that you cause might be your own.