Why Are Teen Drivers at a Greater Risk of Being in Car Crashes? 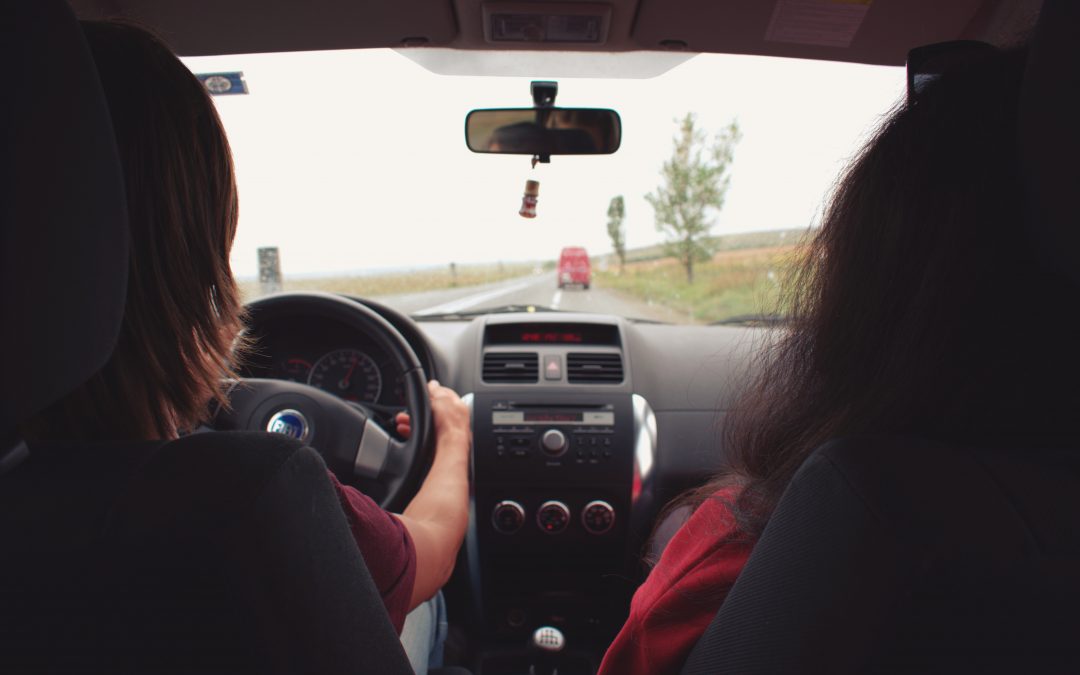 Motor vehicle accidents are the second leading cause of teen death and disability in the US. According to the CDC, around 7 teens died due to vehicle crashes every day in 2018.

Reports also indicate that a huge percentage of car accidents in the country are due to teen drivers. Moreover, teens aged 16-19 are at a higher risk of getting embroiled in car crashes than any other age group.

These numbers clearly show that driving is very dangerous for teenagers. Fortunately, motor vehicle crashes involving teenage drivers can be prevented. Parents taking an active role in instilling the importance of safe driving is key to making this happen.

One thing that can help parents like you prevent teen car accidents is to know and understand the causes. Then, proven strategies like drivers education should be employed to ensure that novice drivers have the know-how needed to stay safe on the road.

2 Reasons Why Teen Drivers Get into Accidents

Why are teen drivers more prone to car accidents than older ones? Experts say that it is mainly due to their limited driving experience and inattentiveness.

According to reports, teens’ inexperience is the leading reason why they are more prone to accidents. While the risk of car crashes is higher than average for any novice driver, it’s alarmingly higher for younger drivers, specifically teens.

As compared to drivers who are 20 and older, teenage drivers have a crash rate that is 4 times higher per mile driven. Moreover, car collision is significantly higher among younger drivers, with 16-year-olds tallying the most number.

According to an NIH study, the risk of car collisions among teen drivers is at its peak during the first three months after they have gotten their license. During this time, their risk of getting into an accident is eight times higher as compared to the first three months when they had their learner’s permit.

The sad reality is that, despite their limited experience, many teens overestimate their driving abilities. At the same time, they underestimate the danger. As a result, they fail to quickly spot and avoid road hazards.

In most cases, teen drivers recognize dangerous road conditions or situations later than experienced drivers. Moreover, when they underestimate the hazards they encounter while driving, they end up making serious mistakes which often lead to deadly car accidents.

One of the most common driving errors that teens commit is failing to scan their environment for hazards – pedestrians who are about to step into a crosswalk, cars that may suddenly pull over, the presence of a pothole, etc.

Distractions are ever-present when driving, and they affect the performance of drivers of all ages. However, they are more dangerous for novice young drivers.

According to the CDC’s 2018 data, drivers belonging to the 15-19 age group were more likely to be distracted than those from the 20 and up age group. In the same year, around 9% of teen deaths due to car crashes involved distracted driving.

While susceptibility to distraction may be attributed to their limited driving experience, some studies show that teens are more likely to engage in other activities while they drive.

For the first few months, just-licensed teen drivers strive to focus on their driving task, ignoring distractions as much as they can. But they become less compliant when they become more comfortable driving.

Simply put, as they gain more experience, they are more likely to do other things while driving like texting or eating.

So, why is distracted driving prevalent among teens? Well, aside from inexperience, underestimating the dangers is another reason for this.

In a survey by the National Highway Traffic Safety Administration (NHTSA), 20% of drivers aged 18-20 stated that texting does not affect their driving. This belief may be due to the fact that using a mobile device has become second nature to a lot of people, especially the so-called digital generation.

In a 2019 survey, 39% of teen drivers admitted to texting or e-mailing at least once during the 30 days prior to the survey.

Still, adeptness at using mobile devices does not minimize people’s risk of getting embroiled in accidents. Reports show that drivers are 4 times more likely to get into car mishaps or near car crashes when they are using a hands-free device.

Texting, in particular, is 6 times more dangerous than driving under the influence of alcohol. According to a 2009 study, crash rates increased by as much as 23% when drivers text and drive.

How to Minimize the Accident Risk of Teen Drivers

When it comes to the issue of limited driving experience, drivers education and more practice time are the primary solutions.

A drivers ed online or classroom-based course is going to equip your child with the knowledge he needs to drive safely – general and state-specific road rules, safe driving techniques and even proper car maintenance.

Meanwhile, more practice time means additional hours on top of the mandatory 6-hour BTW training and 50-hour adult-supervised driving. The required time may seem adequate, but it’s not because many teens get their license even if they still have significant skill deficits.

What can you do? The first step is to enroll your child in a high-quality drivers ed and BTW course even if completing one is not mandatory in your state. These formal driving lessons are going to equip your teen with the know-how they need to become safe drivers.

In addition, spend extra hours doing supervised driving. This can expose him to various driving conditions, granting you the opportunity to teach him how to properly address these situations.

As for their inattentiveness, emphasize the importance of staying focused while driving. Drivers ed courses tackle the dangers of distracted driving, so teens know why they shouldn’t do other stuff while they are behind the wheel. It is just a matter of reminding them about the risks as well as the legal ramifications of this risky behavior.

But one of the most impactful things you can do is to become his role model. Avoid doing other activities while you are behind the wheel. At the same time, show him practices which can minimize distractions such as putting the phone in silent/driving mode and preselecting the music before driving.

Also, leverage technology as there are apps available which can deter people from using their phone while they drive. Check them out and require your child to use them.

Lastly, don’t just rely on government laws for distracted driving. Set your own rules and see to it that they are followed.

In conclusion, your teen may not be too happy about you being involved in this matter – imposing additional practice hours and implementing so many restrictions. But these things are necessary in reducing his risk of getting into a car accident.

Looking for a drivers ed course that can help your child become a safe driver? Here at DMVEdu, we offer high-quality drivers education programs that are designed to help teens drive safely. Call us now at (877) 786-5969 or send us an email to learn more about our courses.

Driver Education - Driving Around the Rationale of Focus and Evaluation | DmvEdu.org

Would you like to learn more about Driver Education - Driving Around the Rationale of Focus and Evaluation as well as Drivers Ed and Traffic School Online courses?
View on Facebook
·Share

Would you like to learn more about Driver Education - Safe Driving Saves Lives as well as Drivers Ed and Traffic School Online courses?
View on Facebook
·Share

Inside Google's $240 Plan to Disrupt the College Degree (Exclusive)

Get a first look at Google's new certificate programs and a new feature of Google Search designed to help job seekers everywhere.
View on Facebook
·Share